200197 minDrama, Ghadimi, Romance
+ Playlist
Sign in to add this movie to a playlist.
0

Flying movie: Babak, along with his fiancé, Setareh, is seeking permission to release his cassette; But it does not work. Meanwhile, through his fiancé, he meets a girl named Yasman, whose father owns a cassette and CD company. Yasman falls in love with Babak and tries to take him to Los Angeles to pursue his music career there. The star and his father, in order to save their relationship with their fiancé, succeed in obtaining permission to release Babak’s album, thus preventing him from going to the United States. Although this film was considered, but contrary to popular belief, it is not the best-selling film of 1379, but the film Shokran has this title. Per Parvaz is a film directed by Khosrow Masoumi, the filming of which began on August 20, 2000 in Tehran. The screenplay was written by Kianoosh Ayari and Khosrow Masoumi and the director of photography is Kazem Shahbazi and the director is Ahmad Salehi.

Be the first to review “Pare Parvaz” Cancel reply 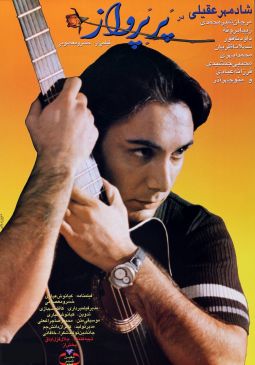