200995 minEjtemaei, Ghadimi
+ Playlist
Sign in to add this movie to a playlist.
0

In the summary of the story of the fifth rider of destiny, the young athlete Mohsen, who lives in a poor family, is affiliated with a religious group and is involved in political activities. In order to destroy him, SAVAK plots Mohsen into addiction. One night, while printing a leaflet, Mohsen was surrounded by officers and arrested after a fight. In prison, he exposes members of his group due to his addiction. Mohsen’s father goes to all the centers where the smugglers work to find his son, but he does not find a trace of him. Shortly afterwards, he finds his son in a miserable situation, and after expressing his son’s remorse, he decides to take him to Mashhad for treatment and ask Ali ibn Musa al-Reza for help in his treatment, but during the revolution in Mashhad, he is at the height of street protests. Police in pursuit of a group of demonstrators to the shrine of Al-Mosa al-Reza, and some arrested them. Mohsen, who is locked in the shrine, is also arrested.

Be the first to review “Panjomin Savare Sarnevesht” Cancel reply 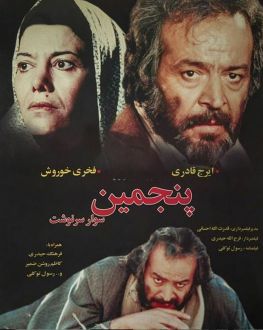