Farhad (Saed Soheili) and Haleh (Sara Bayat) have started a new chapter in their lives and this is the beginning of other changes that put them in front of new issues… Hejazi three years after the release of his latest work “Death of a Fish” this year with ” The Dark Room ”went to the 36th Fajr Film Festival. The film won the Best Film Award at the 2018 Hanoi International Film Festival. Also, this film is the only representative of Iran in the Belgrade Film Festival in 2019. “Dark Room” is a good movie. One of those good, well-considered, deep and thought-provoking films that has received less attention. Ruhollah Hejazi, after a different and not very successful experience of “Death of a Fish”, has returned to the style of “Mr. and Mrs. Mahmoudi and Mrs. Meem” and “Mr. and Mrs. Meem”‘s private life, and perhaps “Dark Room” can be the third part of the trilogy. “He knew.”

Be the first to review “Otaghe Tarik” Cancel reply 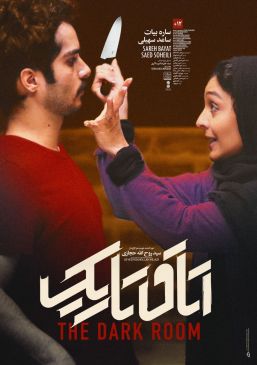