In the summary of the story of crossing the dust, a teacher lives with his wife and child in a village on the outskirts of Tehran. He barely manages to build a house on a hill, but soon realizes that his wife is suffering from kidney disease and is on the verge of death. All his actions, due to his unfavorable financial situation, بی remain fruitless for his sick wife until the mother of one of his students, who seems to be an undisciplined student, goes to the hospital without the teacher’s knowledge and gives one of his kidneys to his wife. Teacher Donates… Pouran Derakhshandeh was born on April 27, 1961 in the city of Kermanshah. He completed his postgraduate studies at the Higher School of Television and Cinema and began working for the Radio and Television Organization in 1975. Prepared about the plague in Kurdistan in 1328.

Be the first to review “Obur Az Ghobar” Cancel reply 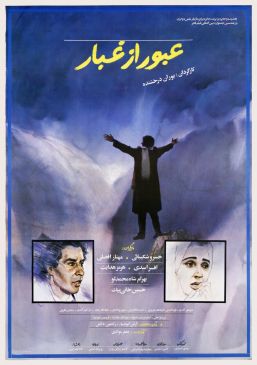