Bee Bite: Two friends from two different economic and social backgrounds have had a good time together. Until one feels that the other has hurt him. The two find each other again and their relationship is re-formed, but there is always a sense of pessimism and misunderstanding between them. A film that has no new theme but is so well made that it gives us hope for the future of Iranian comedy cinema! The Bee and the Bee (or the incorrectly written text on the VCD cover of that bee sting) is Mr. Salahmand’s second feature film (introduced with the film Zamaneh, and of course this film was apparently very weak!). Assisting directors like Beizai, he looks to have a very bright future ahead of him. Paying for dialogues, editing and film games (especially about Reza Attaran and his wife) is very good! However, there is no news about the character and the deep influence on his spirits (depending on the type of film), which of course is not a problem.

Be the first to review “Nish Zanboor” Cancel reply 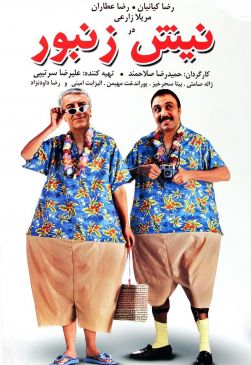