202089 minEjtemaei, Khanevadegi
+ Playlist
Sign in to add this movie to a playlist.
0

New Moon Hotel Synopsis: A mother and daughter are going through their daily lives when suddenly a subject from the past comes to the mother, a subject that is hidden from the girl and… Director: Takfumi Tsutsu: Japanese director who has an important role in the repertoire His art is not visible and “New Moon Hotel” seems to be the most prestigious film he has made to date. Criticism of “New Moon Hotel”: Shortly before the release of “New Moon Hotel”, the main actor of this film, Mahnaz Afshar, announced in a tweet that she was satisfied with playing in this film due to interventions that were done without her permission. Has not and apologized to his audience for appearing in this work! It is a rare occurrence that shows that the construction process of “Guest House of the Moon” has gone through a strange and complex process, the result of which has spread to the output of the work and has made the construction of the script something close to disaster. The script for “New Moon Guesthouse” contains all the possible basic mistakes. From the mother-daughter relationship that is not made to the empty headlines that have nothing to do with the main structure of the script. The film tries to portray an intimate relationship between mother and daughter, but this maximum intimacy changes to maximum secrecy in the next few minutes, and we see mouse and cat games between mother and daughter, the starting point of which is wrong. Like his daughter following Nooshin at night, for which there is no good reason, and of course the details of directing the scene also face strange directorial flaws. The cast is also disappointing due to the poor script. Mahnaz Afshar is in a better position among the actors in the film, but the supporting actors have not been able to play a significant role. Laleh Marzban in the role of Mona, when speaking in English with the worst words and expressions, performs her dialogues. This objection is especially evident in the production sequence and his encounter with the Japanese man; Poor dialogue writing makes this sequence even make the audience laugh! Ali Shadman in the role of Mona’s boyfriend, except for aggression, there is no other feature in his game! The Japanese actor in the film, Masatoshi Nagate, who is one of the oldest actors in Japanese cinema, has also figured out one of the strangest games in the film, and it is not clear how the director could not get a good performance from this actor. He is helpless in all the minutes of the film and it seems that he does not know what to do in front of the camera! “Guest House of the New Moon” is one of those works of Iranian cinema that no one knows why it was made and what concerns its creators were pursuing! The film does not have the slightest cultural concern that wants to put the two nations of Iran and Japan in the same frame, nor does its script need to be related to Japan at all! In some minutes of the film, even the recording and editing of the film are clearly flawed and the viewer will easily notice this. The “New Moon Hotel” is like a collection of images that no one intended to take responsibility for, and for this reason it has been left alone as a movie; Released with the least cinematic features!

Be the first to review “New Moon Hotel” Cancel reply 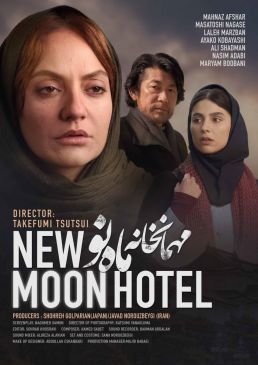