It is the story of a 25-year-old boy (played by Polad Mokhtari) who suffers from a mental crisis and, at the urging of his friends, goes to a counselor, and during these visits, we get to know his life and past. Norastani is derived from a concept or neurological disorder in psychology, meaning permanent nervous weakness, an issue that exists in people in society, especially the younger generation, but of which we are not aware. The actors in this film are Polad Mokhtari, Mahsa Mohammad Kazem, Zahra Behrooz Manesh, Mohsen Khoeiniha, Asa Rezakhani and Salar Karim Khani. The film was screened in the main competition and the first and second film competitions of the Hamburg Film Festival in Germany and the international competition of the Warsaw Film Festival. About the director: Omid Tutunchi, born in 1986 in Tehran; Graduate of Industrial Engineering, who started studying cinema in 2006 under the supervision of Shahram Mokri at the Young Cinema Association; In 1391, he received the award for the best compilation of the Tehran Short Film Festival for the film “Rain”, which was also nominated for the award in the direction category.

Be the first to review “Neurasthenia” Cancel reply 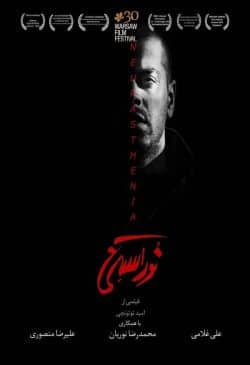