200790 minEjtemaei, Ghadimi
+ Playlist
Sign in to add this movie to a playlist.
0

Ali Nojavani is an orphanage who, after 14 years, learns that his parents are alive during an accident and travels to find them, but in this way در .. at the address of actors such as Reza Attaran, Fatemeh Sadeghi, Saeed Honarvar, Daniel Rezvani, Abuzar Jalali, Saeed Mirzaei and Marzieh Bordbar have played roles and acted. In the film, the address of about 13 actors has gone in front of the camera, which in terms of the number of actors can be considered as a multi-actor work. From this point of view, directing the film has been very difficult considering the number of actors and their management; It should be examined whether Fereydoun Hassanpour as a director and as an actor as well as the acting team of Neshani have been able to be successful in this field and show brilliant performances? Other actors in the film include Reyhaneh Ranjbar, Negar Naderi, Bahman Sadegh Hosseini, Mohammad Ali Haqanifar, Daniel Mahmoudnia as Daniel, and Mohammad Ali Ashrafi as Mazaheri.

Be the first to review “Neshani Iranian Movie” Cancel reply 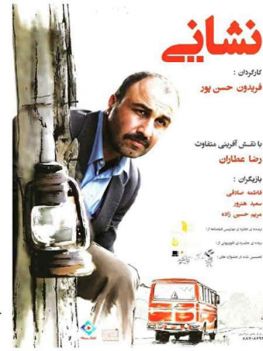