201882 minDrama, Khanevadegi
+ Playlist
Sign in to add this movie to a playlist.
0

Nazli’s film is a story of a long-standing love and old events that Nazli returns to his father’s garden house, undergoes renewal of his old love and new events… In Nazli, actors such as Leila Otadi, Amin Zandegani, Mehran Rajabi, Rahim Nowruzi, Qasem Zare, Dariush Salimi and Ezatullah Jamei have played roles and actors. In Nazli, about 11 actors have gone in front of the camera, which in terms of the number of actors can be considered Nazli as a multi-actor work. From this point of view, directing Nazli film has been a very difficult task considering the number of actors and their management; It should be examined whether Mahmoud Moazami as a director and as an actor as well as Nazli’s acting team have been able to be successful in this field and show brilliant performances? Other actors in Nazli include Morteza Kazemi, Mohsen Alinaghi, Alireza Gilori and Mehdi Rezaei.

Be the first to review “Nazli Iranian Movie” Cancel reply 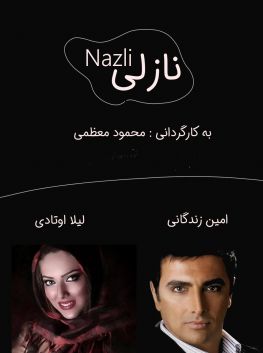