Captain of the Sun: The story of this film takes place in the 1340s, one of the elders of the city named “Khajeh Majed”, Captain of the Sun exposes and the burden of smuggling Captain Lund of the Sun is set on fire. A broker named Farhan, who wants to cross several political fugitives across the water border, enters the port. He contacts Captain Sun. The captain, who is likely to confiscate his lance, cooperates with Farhan and brings several men who were apparently involved in the assassination of Hassan Ali Mansour across the water. After that, some exiles ask Farhan to provide them with a reason to escape. .. Nasser Taghvaei also received the Bronze Cheetah Award at the 41st Locarno International Film Festival for this film.

Be the first to review “Nakhoda Khorshid” Cancel reply 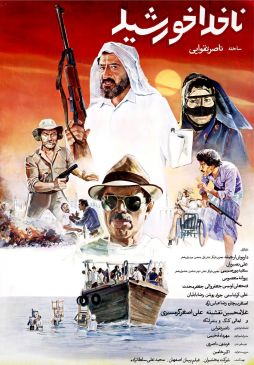