201790 minKhanevadegi
+ Playlist
Sign in to add this movie to a playlist.
0

Unwanted movie: In the summary of the story of the unwanted movie, things happen from time to time, well, bad that if it does not change the way of our life, twists and turns are inevitable. We want to do something to avoid the unwanted, but sometimes our destiny is determined by the same unwanted, as if “unwanted” has inadvertently become the most personal and best film of Niknejad, and has been unintentionally screened with long pauses for its viewers. To surprise. Niknejad, who was nominated for the Best Director Award for this film in the New Look section of the 32nd Fajr Film Festival, presents a work that is different, attractive and spectacular. Niknejad, as a filmmaker who started his career in television and drama series and had the most collaboration with Mohammad Hossein Latifi, continues this collaboration in his first film and Mohammad Hossein Latifi as an advisor to director, editor and producer, played an important role in the film. he does.

Be the first to review “Nakhaste” Cancel reply 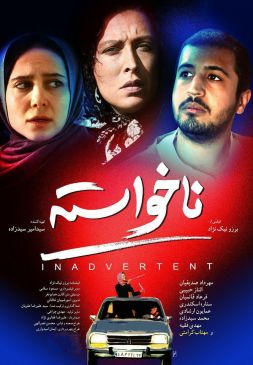