201891minEjtemaei, Khanevadegi
+ Playlist
Sign in to add this movie to a playlist.
+1

Suddenly Tree: Suddenly Tree, Suddenly Tree is the second film by Safi Yazdanian, a former critic and current filmmaker of Iranian cinema; In the film, we see the bitter and sweet memories of the first role of the film, which is not necessarily particularly attractive, but is narrated artistically, and this different and risky narration is the most important feature of Safi Yazdanian’s film. The film depicts different periods of the life of the first role (Farhad) with Peyman Maadi from childhood to after marriage and having children, and shows the hard and painful moments of his life, which are related to the separation from his wife, with beautiful imagery and unforgettable music. Lays. 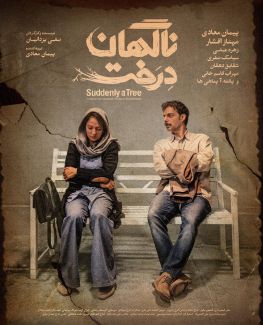