201988 minEjtemaei, Khanevadegi
+ Playlist
Sign in to add this movie to a playlist.
0

The movie Calm Souls: Mahya and Reza are a young couple on the verge of marriage. Reza is an architect and Mahia is his student and fiancé. An incident happens to Mahya that changes the course of their lives… This film is Hashemi Taba’s first feature film experience after making several short works. The film Aram Nafs directed by Meysam Hashemi Taba was made in 2016. This film is a product of Iran and is in the family and social genre. In this film, Kourosh Tohami, Leila Blockat and Ava Darvit are the artists. Among the actors in the film are Meysam Hashemi Taba (director, writer, set and costume designer), Ali Mosafa (producer and director’s consultant), Hafez Ahmadi (producer, cinematographer and director), Mahmoud Gholami (editor), Alireza Khorshid (Make-up designer), Jafar Alian (sound engineer), Masoud Heydarian (music), Alireza Bayat (production manager), Maryam Padmeh (programmer and first assistant director). Actors:

Be the first to review “Nafashaye Aram” Cancel reply 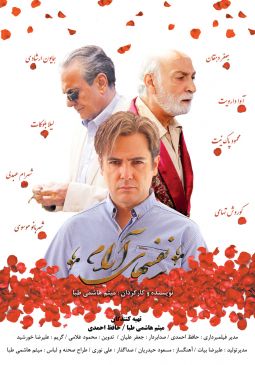