200394 minEjtemaei, Ghadimi
+ Playlist
Sign in to add this movie to a playlist.
0

In the summary of the story of Deep Breath, it seems that a girl and a boy drowned in the lake of Karaj Dam as a result of an accident and the people and the agents intend to pull their bodies out of the water. Cut to the view of the pool and Kamran who is swimming. He has a prosperous and good life and is one of the excellent students, but at some point in his life he suffers from absolute despair and does not eat or sleep at night. He has a close friend named Mansour who takes refuge in him. Mansour also has many problems in his life. His mother is hospitalized, her sister has a troubled life, and the landlord does not let her go home. Kamran and Mansour for days on خیابان Street. About the director: Parviz Shahbazi is a writer in Iranian cinema and television. Among Parviz Shahbazi’s most important works are his work in Darband, Khaneh Dokhtar and Malaria. He started his professional career in cinema and in 1996 he worked as a director in the film The Traveler of the South. Although the success of this work was not more than his next landmark works such as Darband, but it is a good experience for Parviz Shahbazi and he collaborated with artists such as Reza Moghadam and Qamar Nasiri Jozani. He also spent a lot of time in the field of cinema and television in 2012 and has been involved in the production of important works. An important work of Parviz Shahbazi this year is his activity in the film Darband directed by Parviz Shahbazi. 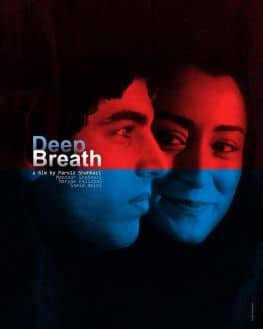