Mr. Ignorant Movie: Mohsen (Homayoun) owns a factory. His wife (Aram) is indifferent to him and his child and spends his days gambling with his friends. Mohsen joins his wife Ezzat (Morteza Aghili), who goes to Shamshad Cafe every night, to compete with his wife and loses heart with Nazi, the cafe dancer. The Nazis are the comrades of a rebellious man named Taqi Khoros (Bahram Watanparast), and Mohsen enters the guise of the ignorant to compete with Taqi. He sees ignorance and beheading in Ezzat, and gets involved with pious people and deceives the Nazis. In a fight, one of Taqi’s men stabs himself and Mohsen is imprisoned for injuring him. Mohsen’s wife regrets her behavior and intends to bring her husband home; But this time Mohsen does not pay attention to him… ..

Be the first to review “Mr Foolish” Cancel reply 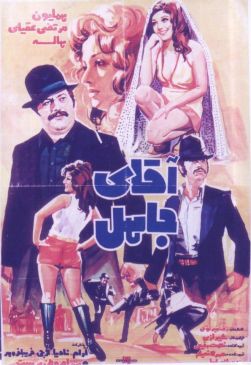