201589 minComedy, Khanevadegi
+ Playlist
Sign in to add this movie to a playlist.
0

In the film Direct Negotiations with Mr. Abdi, Mr. Abdi, a prominent film actor, is kidnapped by a kidnapper and imprisoned. The kidnapper demands $ 1 million for his release. Mr. Abdi calls state officials and government ministers to raise money, and… Jalal Chavoshian said about his collaboration with the director in this film: I have known Ali Shah Hatami for many years and during these years he has been able and knowledgeable in the field of filmmaking. I realized. When it came to making this film, I had no doubt that despite the difficulties it has, he is doing well in making the film, so I undertook to produce it safely, although contrary to the appearance of the film, which is simple to This seems to have been a difficult task in practice. He continued: “Fortunately, we cooperated with a professional team in this work, and this cooperation has made the result of working with the knowledge of Ali Shah Hatami closer to what we wanted.” 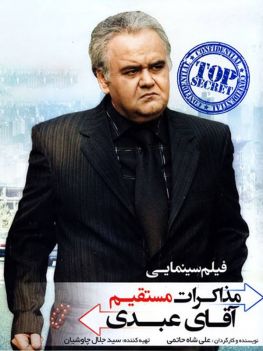