The movie Villas Villas is the story of the families of IRGC and army commanders in 1986. Aziz is a 50-year-old woman who enters a villa complex with her grandchildren. Elias is also a Basij driver who, every time he enters the complex, everyone is worried that he might announce the martyrdom of one of the commanders. After a while, Sima, who is a dear bride, comes from Tehran to take her children abroad. “Villas”, despite the fact that it takes place in a war environment, but the main characters of his story do not have weapons in their hands and do not take the form of heroes. In his first directing experience, Ghaidi was able to introduce the characters of his story as ordinary people who are in difficult situations according to the conditions of the country and try to survive in the face of these conditions. In one part of the film, when the courier arrives at the villa, all the women are worried that the courier will bring the news of their husband’s martyrdom.

Be the first to review “Movie Vilaeiha” Cancel reply 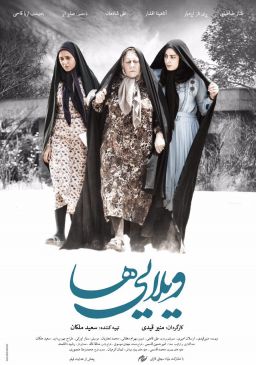