201790 minDrama, Khanevadegi
+ Playlist
Sign in to add this movie to a playlist.
0

The film Twenty-One The Next Day: A social melodrama about the life of a teenager named “Morteza” who faces many challenges in realizing his father’s failed dream. The synopsis of the film states: Always like this! The last time the weather was cloudy. The wind blew. Trees were uprooted. It rained so hard that the city was flooded. The birds were screaming around and around their nests. One of the children swears that he has seen the sun once or twice, the light has dimmed and increased…! “Twenty-One Days Later” is the latest product of the art field, which has been produced in the collection of Soura Film Club, a subsidiary of this institution. Hozeh Honari had not produced a film for 2 years after the movie “Mazar-e Sharif”. On the other hand, this film is also the first film in the Soura Film Club series. The filming of “Twenty-One Days Later” took place on the outskirts of Tehran and Karaj 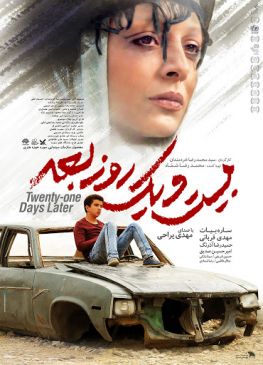