2010Drama, Ghadimi
+ Playlist
Sign in to add this movie to a playlist.
0

In the middle of the night, there is a fierce fight between a couple. Those who are in a relative’s house go out at night, but do not take their child with them. It happens badly that نا deaf couples in a car with the intention of reaching Tehran argue to overcome their problem. There is a boy in the back seat who has to tell him the news, and how the two of them tell him the news bothers them. They do not even know which one should do it. The conversations are such that in the first minutes we do not understand what their problem is. The suspense that results from this attaches us to the film, and we become curious to know what the film’s problem is – and their problem. The film uses subtitles in a way that is unique. I mean a concept that we have never seen in cinema. In fact, for the first time in the history of cinema, subtitles are not an element outside the narrative circles and are also an important part of the visual structure of the film. If we remove the subtitle from the movie, the movie will fall; It becomes dumb and insufficient.

Be the first to review “Mourning” Cancel reply 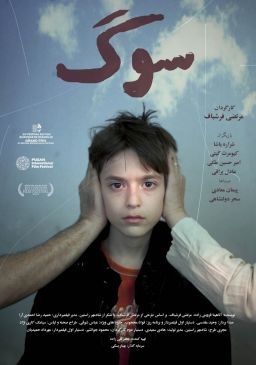