After the murder of a woman, Irene Zazians took over the lands of Sha’ban (Abdullah Butimar) and sent Sha’ban to prison as a murderer. He built a public house in the fields of Sha’ban and was supported by a young man named Musarkheh (Iraj Ghaderi). Sha’ban is killed by his agents after clashing with Nir. Habib (Morteza Ahmadi), who is a coffee maker, kidnaps a girl named Ahoo (Farzaneh Davari) to kill her. Sohrab (Shahin), the deer brother, and his father (Yousef Rajabi) enter Bandar Abbas in search of the deer. The historian falls in love with the deer and gets into a fight with him. Nir entrusts it to his agents to kill the historian. On the one hand, Sohrab and his father, and on the other hand, Hassan Tabeidi (Ali Azad) also get into a fight with Mosarkheh, and Mosarkheh himself gets into a misunderstanding with his friend Ali (Morteza Aghili). Musarkheh kills Nir and Ali is exiled by Hassan.

Be the first to review “Mou Sorkhe” Cancel reply 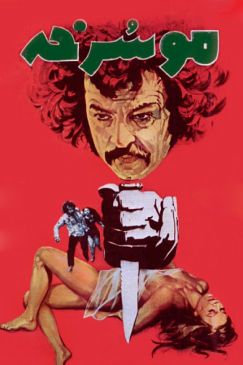