Daniel (Mohammad Reza Forootan), a city student at the university, suffers from several problems. Mahtab (Mitra Hajar), his classmate, convinces his father to meet Daniel, but there is a case when… Born in October is the sixth work of Darwish and one of his best films along with Duel, Resurrection and Alchemy. The film, like most dervish productions, has an aversion to the war, while most of the film is narrated in the present. At the 18th Fajr Film Festival, the film won three Crystal Simorghs for Best Actress, Best Sound and Best Special Effects, and was also selected by the Fire Bride as the audience’s favorite film. The film actually starts from the middle. That is, the middle sequence. We are with two characters who once loved each other and for some reason had to separate.

Be the first to review “Motavled Mah Mehr” Cancel reply 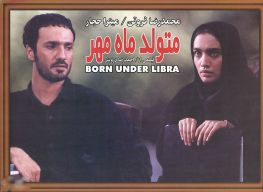