Passenger: A boy ignores the words of his parents, lies and steals, and with various tricks, earns the money needed to rent a bus to watch his favorite football match. The film is about a teenager (played by Hassan Darabi) from Malayer who decides to go to Tehran and watch a football match in the stadium. With the help of his friend (played by Masoud Zand Begla), he collects money with a few tricks to cover his travel expenses. Then he goes to Tehran alone and goes to the stadium where the match is held, but there are a few hours left until the start of the match, so he goes to another place to rest and falls asleep due to fatigue. When he wakes up, he sees that it has been several hours and when he returns to the venue, he sees that the match is over and he has not been able to watch the game. The screenplay of Passenger is written by Abbas Kiarostami.

Be the first to review “Mosafer Kiarostami” Cancel reply 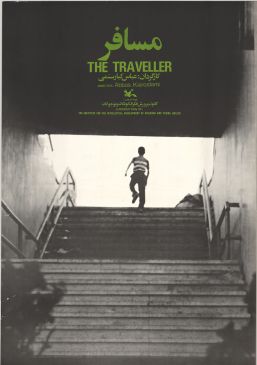