Confiscation Movie: “Confiscation” is a storytelling comedy. The film begins in the 50’s and is the story of a Savaki starring Reza Attaran who gets involved in adventures. This Savaki won 5,000 meters of land in a casino in Abbasabad in a lottery and was forced to leave the country due to the revolution. He gave the land to his friend Babak Hamidian. Are mostly remembered with the TV series “Capital”. Ahmadi has been one of the most successful comedians in recent years, and the making of his first film in the comedy genre created a glimmer of hope in the hearts of cinema lovers to finally witness a pure comedy from a new director in the field of cinema. But “confiscation” is nothing but a repetition of the successful formulas of the past years of Iranian cinema and can not add to it.

Be the first to review “Mosadere” Cancel reply 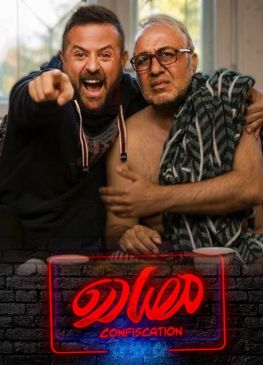