In summary of the story of dying in September, Cena has only a few months to pass the entrance exam. On the one hand, the shaky foundation of the family and on the other hand, his acquaintance with a young man who loves music, creates adventures for him, and finally, with the discovery of a series of events, a young man who loves music, and here some other secrets are revealed. . About the director: Hatef Alimardani is the director of Iranian cinema and television. He was born in 1976. Hatef Alimardani’s most important works include directing the film Seven Months, Dying at the Time of Shahrivar, and Abajan. Alimardani started his career in cinema and in 2009 at the age of 33 he worked as a director in the film Raz Dasht Taran.

Be the first to review “Mordan Bevaghte Shahrivar” Cancel reply 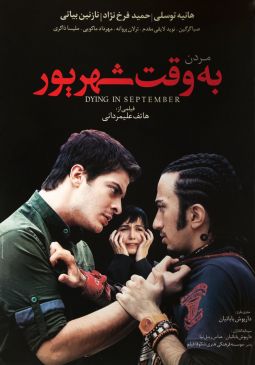