200296 minEjtemaei, Ghadimi
+ Playlist
Sign in to add this movie to a playlist.
0

In the summary of the story of meeting a parrot, Majid and Nasim, a young and loving couple, live a sweet life together. Majid works for Nasim’s father, but after a while, Majid becomes suspicious of his father-in-law’s actions. Nasim’s father, aware of this, plots to get him out of the way. Majid is arrested for murder in a scene and sent to prison. Despite all his efforts, Nasim cannot overturn or postpone Majid ا ام ح…… عد. ا عد…… عد………………. He was born in 1332. Among the most important works of Alireza Davoudnejad, we can mention his activities in the film Marham, Arous and Taraj. Davoudnejad started his career in cinema and in 1974, at the age of 21, he worked as a writer in the film Cage directed by Iraj Ghaderi.

Be the first to review “Molaghat Ba Tuti” Cancel reply 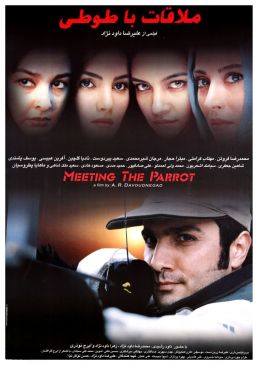