Miracle of Laughter Eshkevari (Mehdi Hashemi) has returned to Iran with a specialization in laughter therapy and is working in one of the psychiatric hospitals in Tehran. He believes that the mentally ill should be kept happy and they should return to society. One day he tries to take a group of his patients out for a walk, and the next day he invites a theater group to the hospital. Gradually, patients become interested in Dr. Eshkevari and their treatment progresses, and the hospital management (Mohammad Abhari), who does not agree with these measures, is eventually forced to agree. Dr. Eshkevari treats two patients named Sirus (Kayhan Maleki) and Narges (Faqih Soltani) and at the end of the work, Sirus proposes to Narges. In 1997, this film succeeded in obtaining an honorary diploma as the selected film of the Association of Film Critics and Writers for the best director.

Be the first to review “Mojezeye Khande” Cancel reply 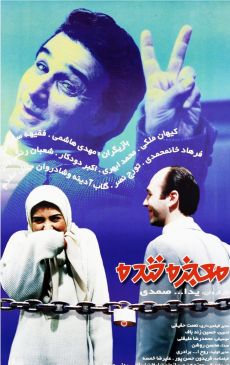