201790 minAnimation, Comedy
+ Playlist
Sign in to add this movie to a playlist.
0

An old man is engaged in the profession of storytelling and the tools of his work are dolls of Shahnameh characters. Golpari (Elnaz Shakerdoust) is the granddaughter of an old storyteller whose life changes with the life of these dolls. It is in Iranian cinema and the first ones always have their own charms. Nogal was born in the not-so-Golestan cinema of Iran, which can promise days when films like it, which are not taken seriously, defeat the black dragon of Mardush and the filthy trap of Iranian cinema, and we can watch films for people from within. Films whose characters are Iranian, whose pains are Iranian and whose concerns are Iranian. Undoubtedly, Mubarak Animation is the first film in a new and tortuous way that has been followed in the world for many years and has attracted a large audience, and it certainly has many weaknesses and shortcomings, but who is one of Does the newborn expect a duel with Usain Bolt ?! It is a child that most of the elders of his country are deaf, blind, loose, infected and dying.

Be the first to review “Mobarak Iranian Movie” Cancel reply 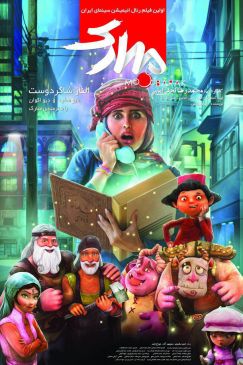