2018Comedy, Ejtemaei
+ Playlist
Sign in to add this movie to a playlist.
0

It is the story of two Bajanaghs named Nasser (Reza Attaran) and Morteza (Hamid Farrokhnejad) who follow the path of their father-in-law and travel to China to import sex after his death. On the way to China, they do not mind visiting Pattaya (Thailand’s famous seaside resort town), but their confrontation with an old friend upsets everything, while Abdolreza Kahani, after the filming of “Sincerely, Nazanin Bahareh Tina”, Criticizing the censorship situation in the cinema, today the spokesman of the Screening Guild Council and the Screening Working Group announced that the film “Ms. Yaya” made by Kahani has registered its release contract and will be released in the fall. The film, starring Reza Attaran, Hamid Farrokhnejad and Amin Hayaee, was made in Thailand and was previously titled “We Love You, Ms. Yaya”. In early August, Kahani tweeted the film’s English poster: “Do not think I expect from anyone, never! Only sometimes do I like to catch the censors loudly to breathe new life into the next film, and of course this time without their supervision. “Censors have lost one of their sources of income – which is the censorship of my films.”

Be the first to review “Miss Yaya” Cancel reply 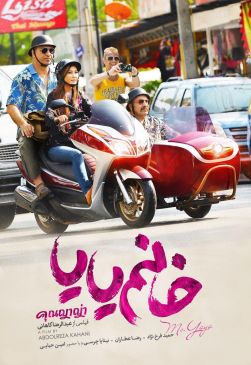