Sepideh was one of the nurses in Sardasht during the Iran-Iraq war and was exposed to chemical effects during the chemical bombing of Sardasht. Years later, Soheil and Sepideh are expecting their child. After the ultrasound, doctors say Sepideh’s child has respiratory problems and disabilities, and this condition is caused by chemical gases during the war. Soheil insists on having an abortion, but Sepideh opposes, and Soheil divorces Sepideh. During childbirth, during monthly checkups, the doctor tells Sepideh that Saeed’s condition is due to genetic problems and that nerve gas has no effect on Saeed, and that the film was selected as the representative of Iran at the 80th Academy Awards by the Farabi Foundation. شد. Manouchehr Mohammadi, who has produced Rasoul Mollaqlipour’s latest film, “Meem Like a Mother,” recently spoke about the late war filmmaker in an interview and expressed regret over his lack of attention to his latest film.

Be the first to review “Mim Mesle Madar” Cancel reply 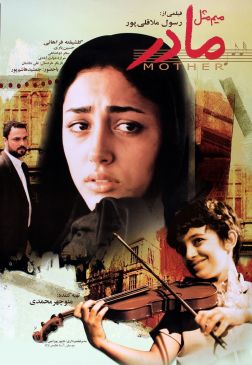