201388 minAction, Thriller
+ Playlist
Sign in to add this movie to a playlist.
0

The woman (a permanent concubine) who has a young son and her husband has just died, learns by phone from her old friend Beheshteh that Muzaffar and his henchmen are looking for him. Muzaffar is hired by Fakhr al-Nisa (the main wife of Mandegari) who wants revenge on his wife and son. Muzaffar and his companions go to the woman on a rainy night, but the woman manages to escape her son before they arrive. Muzaffar asks him to give them the money and gold that Fakhr al-Nisa’s share is. The woman resists ظ Muzaffar and his companions wrap the beaten and half-unconscious woman in a rug and put her in the car, but they crash at the crossroads and the injured woman falls and continues on her way to Lalehzar. The bright light of the Metropolis cinema catches the lady’s attention and she takes refuge in the cinema. In the cinema, which has now become a billiard club, Amir and Kaveh are playing and talking with their young worker Khosrow.

Be the first to review “Metropol” Cancel reply 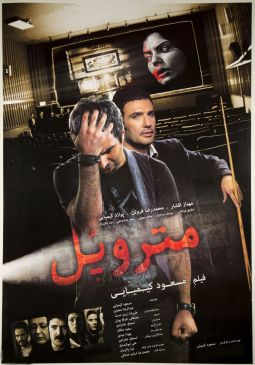