Half and a half meters: In the summary of the story of one and a half meters, several anti-narcotics police officers led by Samad (Peyman Maadi) are looking for a big glass seller in Tehran named Nasser Khakzad (Navid Mohammadzadeh)… Saeed Roustaei Director and screenwriter He was born on August 14, 1989 in Tehran. The creator of “Ever and a Day” entered the cinema at a very young age and, as the saying goes, ate a lot of dirt behind the scenes to be able to make his own film. Roustaie continued his education in the same field and spent his bachelor’s degree in cinema directing at Sooreh University in Tehran. Perhaps there are few people who can enter the Fajr Film Festival at the age of 24 with their first feature film, reap all the awards, be praised by the judges and the people, and leave. But when it comes to fame and success, controversy and fringe inevitably enter. Saeed Roustaiee as well as “Ever and a Day” were not criticized much. Some critics considered “Forever and a Day” as one of the bitterest and darkest films in Iranian cinema. A film that presents a very confusing picture of an Iranian family.

Be the first to review “Metri Shisho Nim” Cancel reply 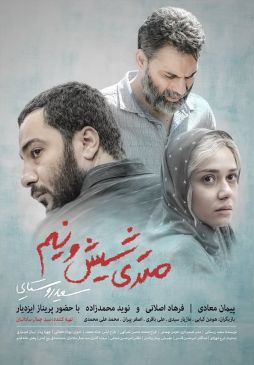