201884 minComedy, Khanevadegi
+ Playlist
Sign in to add this movie to a playlist.
0

It is about a young couple named “Siavash” and “Rana” who live a quiet life together but enter a new stage with Siavash going bankrupt and hiding it from his wife. Meanwhile, Siavash and Rana accidentally encounter their old friends after many years, each of whom is trying to disrupt the couple’s life with a plan. A war has taken place between Siavash and Rana and neither of them wants to leave this losing field. “Dowry” is a film in the family comedy genre written by “Alireza Mahmoudi” and directed by “Amir Hossein Makoei” and produced in Iran in 1397. The actors in this film include “Reza Davoudnejad”, “Hadith Fooladvand”, “Rambod Shokrabi” and “Mehran Rajabi”. The main actors of this film are: Director: Amir Hossein Makoei / Producer: Mohammad Shahbazi / Writer Alireza Mahmoudi / Director of Photography: Milad Khedr / Sound Recordist: Mohammad Zaman Sani / Stage Secretary: Fereshteh Orouji / Costume Designer:

Be the first to review “Mehriyeh” Cancel reply 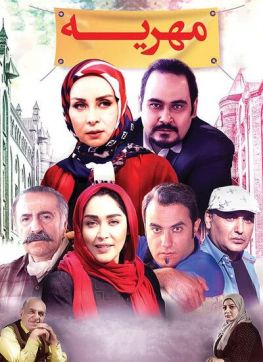