201790 minComedy, Khanevadegi
+ Playlist
Sign in to add this movie to a playlist.
0

Me and Charmin: This film tells the life story of a young girl named Tina who believes her aunt’s predictions about the lost half. In the summary of this film, it is stated that everyone has a half-lost, but there is only one person in this world whose half-lost name is Sharmin, the original of Copal. Me and Sharmin offer the audience what the director of the work, Bijan Shirmarz, recently “Charmin and I are not a commercial and bad-tasting film, but we calculated it and made it with a precise, storytelling and classic script that will attract audiences both at the festival and on public screenings,” he said during the news interview. The problem with their words is one; The fact that Charmin and I did not attract the audience in any festival, and it is better that it was not seen in festivals. The film is made for the general public and its straightforward and simple story, as well as the choice of actors for such a film, is slightly different from other films in this genre of Iranian cinema.

Be the first to review “Man Va Sharmin” Cancel reply 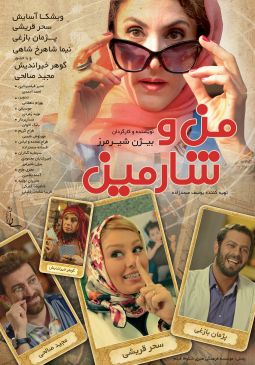