201588 minComedy, Ejtemaei
+ Playlist
Sign in to add this movie to a playlist.
0

The movie I’m not crazy There are a number of mentally ill people living in a sanatorium in the middle of an island in the north of the country, each of whom has a different outlook on life around them. This is not a discussion about the quality of the work, the only difference is in the presentation of jokes, which is considered a positive point here. “I’m not crazy” is like an almost absurd slice of life. “I’m Not Crazy” is an admirable work in the filming department. The film lacks a story, and although this is intentionally seen in the script, it is unlikely that this practice will appeal to today’s cinema audience. “I’m not crazy” is not a completely comedic work, but there are jokes in the film that do not have the ability to change the mood of the audience at all.

Be the first to review “Man Divane Nistam” Cancel reply 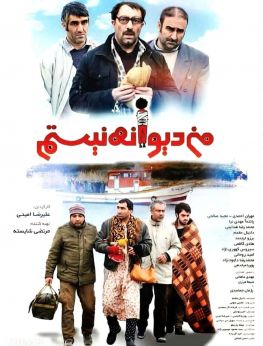