198692 minAction, Comedy, Ghadimi
+ Playlist
Sign in to add this movie to a playlist.
0

In the summary of the mission story, Mr. Saadat’s daughter is engaged to marry Engineer Mehran. Mr. Saadat, who is a man of suspicion, orders Mr. Taghi to be imaginative and clumsy in order to monitor Mehran. Mr. Taghi claims that Mehran is a member of a heroin trafficking gang. It soon becomes clear that the smuggler is someone else like Mehran, who lives in the building where he lives. In this way, Mr. Taghi’s agility in discovering the smuggling gang is proven, and Mehran and Mr. Saadat’s daughter get together. About the director: Hossein Zandbaf is the editor of Iranian cinema and television. Among the most important works of Hossein Zandbaf, we can mention his activities in the film The Lizard, the series Yousef Payambar and the film The Orphanage of Iran. Hossein Zandbaf started his career in cinema and in 1986 he worked as a director in the film Mission.

Be the first to review “Mamuriat” Cancel reply 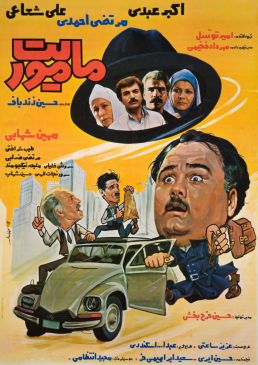