The story of the Iranian national film and its lost ways is about Maliheh, a young and inexperienced girl who falls in love with a young man named Siamak and marries him against the wishes of his family, and soon the difference of opinion and cultural difference between the two becomes apparent. . Tahmineh Milani has once again made a film full of artificial and exaggerated addresses and arrangements of violence, especially domestic violence against women. The story has nothing special except that a girl who is under the tyrannical control of her father, becomes incapacitated by a boy and marries him, and her nightmare continues in her husband’s house, and at the end she beats her husband and takes a pill to commit suicide. Tahmineh Milani is a filmmaker best known for her feminist tendencies in filmmaking. The director who in the last few films has always introduced men as the cause of harassment and women as the undisputed heroes of his stories who are tired of the tyranny of time but have no escape route. 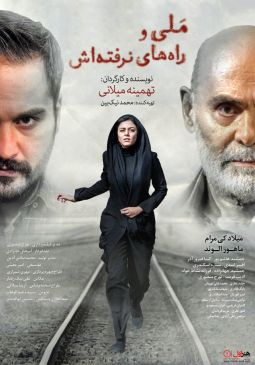