The Queen tells the story of an observer named Siavash (played by Milad Kimeram) who is looking for an opportunity to show her abilities. He selects a refinery tower (Abadan refinery) to watch, which surrounds the most vital coordinates and positions of the enemy. Having such a point of view creates a golden opportunity for one’s own front, but with the first casualties he receives from the enemy and the arrival of the imaginary character of the story (played by Mostafa Zamani) named Jamshid, doubts begin. Suddenly, this absolute power to kill people becomes frightening for Siavash. The film made by Mohammad Ali Bashe Ahangar is a good but low-margin filmmaker of Iranian cinema who, like his previous films “Awakening of Dreams” and “Child of the Soil”, has shown an angle of war and its effects on human beings and their relationships that We have not had an example before: compassion and fear in the face of the enemy! The queen is the story of bees that bite and die knowing that the house is more valuable to them than life. The film Queen made headlines by receiving 11 statues from the 16th Cinema House Festival in 2014. This celebration was held after three years of forced closure of the cinema house and was the three-year record of Iranian cinema.

Be the first to review “Malake Iranian Movie” Cancel reply 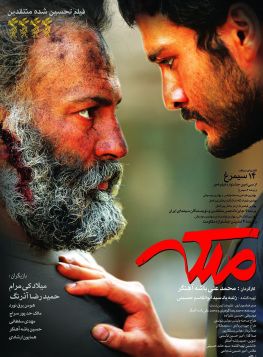