200893 minAsheghaneh, Comedy, Ghadimi
+ Playlist
Sign in to add this movie to a playlist.
0

The story of “Mad Lily” is about a precious and ancient box called the love box, which is the family heritage of a dental girl named Parvaneh (Elnaz Shakerdoust). The box is lost and Farhad (Mohammad Reza Golzar), who falls in love with the butterfly while finding the box and is going to marry her, finds the box. But Farhad has an accident on the way to bring the box, and from now on, the love box is regularly changed in different stories. Analysis: When we look at the summary of the story of “Majnoon Lily”, we find it clearly similar to the movie “Iranian Tablecloth” (Kianoosh Ayari), where banknotes were handed out and created different stories. This transfer to different stories in “Mad Lily” is done by the love box, and during the movie, the love box falls into the hands of only those who have a love story; Like a special spell that falls into the hands of certain people. It’s an interesting idea that a box seems to have been made to reach the hands of lovers, but the filmmaker could have given a more prominent role to this box, so that this box plays the role of connecting the lovers. But in some of the film’s stories, the box does not play a specific role and sometimes plays the opposite role instead of linking the lovers.

Be the first to review “Majnoun Va Leyli” Cancel reply 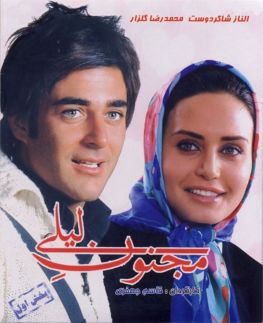