The film deals with the assassinations of 1981 by the Mojahedin. These clashes intensify after the removal of Abolhassan Bani Sadr from the presidency by the Islamic Consultative Assembly. Following the ouster of Abolhassan Bani-Sadr, anti-government groups such as the People’s Mojahedin Organization of Iran (PMOI) carried out successful assassinations of senior government officials. On the other hand, the country’s intelligence organization and the IRGC are working together to arrest members of the Mojahedin Khalq Organization. Meanwhile, the film shows the relationship between a member of the IRGC and a woman member of the Mojahedin Khalq Organization who were former classmates at the university. This film was released in Iranian cinemas on March 16, 2017. The subject of this film deals with the assassinations of the People’s Mojahedin Organization of Iran in 1981 and the events after the dismissal of Abolhassan Bani Sadr. The sequel to this film called The Midday Story: Blood Trail was released in 2009. 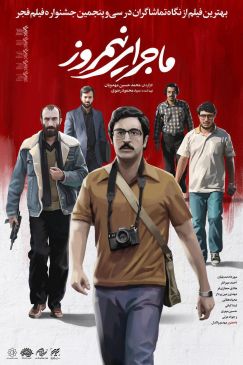