Mahura Movie: There is a woman in your life with magnificent eyes whose lips are clusters of grapes and her smile is music and flowers, but whoever wants to approach her disappears… The story of the movie, which is based on a true story, is the most beautiful in a border village. The girl is chosen as the bride of Hoor to spend one day a week in the water and Hoor is fertile and does not get angry, Amin known as Samur; An Iranian smuggler steals Hur’s bride named Mahour. Initially, Mohsen Tanabandeh was supposed to play the lead role in the film, but due to Tanabandeh’s knee injury, his presence in the film was canceled and Saed Soheili replaced him. Film agents: Director, Writer: Hamid Zargarnejad / Producer: Alireza Jalali, Hamid Akhoondi / Director of Photography: Morteza Ghafouri / Editor: Kaveh Imani, Mojdeh Qajarieh / Costume Designer: Shahram Khalaj / Production and Planning Director: Mohammad Afravi / Stage Designer: Behzad Adineh / Costume Designer: Sara Khaledi / Stage Secretary:

Be the first to review “Mahoora Iranian Movie” Cancel reply 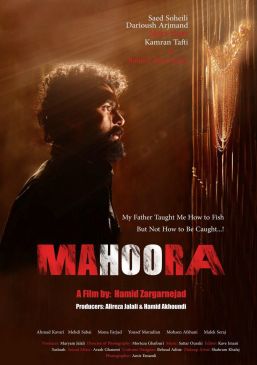