1976112 minDrama, Family, Ghadimi, Khanevadegi
+ Playlist
Sign in to add this movie to a playlist.
0

Honeymoon movie: Honeymoon: Reza and his mother are the lady of the house with Hussein’s family, named Khan Baba, companion and Mons. Reza spends his time with Genghis, the family’s son, and falls in love with his sister Mino. Uncle Khan agrees to the union, but Khan Baba opposes and considers Mahmud, Akbar Khan’s son, to marry his daughter. When Minoo protests, a young man in the family named Houshang is introduced as his fiancé. Houshang, who has returned from the United States and is engaged to a foreigner,, with the help of Khan Daei, persuades Reza to insist on his interest in Minoo. Also, Fereydoun Goleh, the director of Honeymoon, has experienced his first collaboration with actors such as Nadia, Abrishami, Khalil Talaei and Salehi in this work. Among the actors and actors of the movie Honeymoon, 2 people have traveled to Diar Baghi and are no longer with us: the late Reza Karamorzaei and Hamideh Khairabadi.

Be the first to review “Mahasal Iranian Movie” Cancel reply 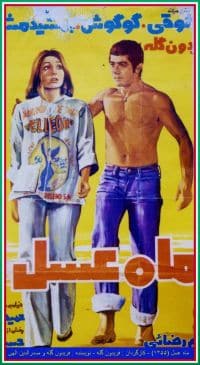