201990 minAction, Crime, Ejtemaei
+ Playlist
Sign in to add this movie to a playlist.
0

Rusty little brains: Shahin, Shakur and Shahrooz are three brothers who live in Halabiabad. Shakur, who is the older brother, is the leader of a drug gang. In addition to producing drugs, the gang prepares orphans for homeless children to join the gang. Police raid the group’s hideout and arrest Shakur, and this is a good opportunity for Shahin to be the new head of the drug gang. The film is a candidate for eleven awards at the Fajr Film Festival and has won four awards, including Crystal Simorgh for Best Screenplay. شد. This film, Crystal Simorgh, also won the best film from the viewers’ point of view. This film takes a look at the life of a corner of the poorest people in Iran. The people portrayed in this film have turned to crime due to poverty, especially in the production and distribution of drugs, or have grown up in this criminal society from an early age. 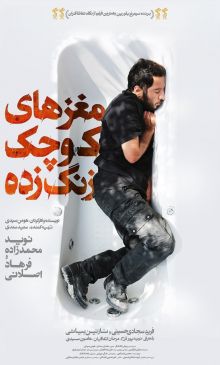