The film “Mother of the Atomic Heart” begins with Kami, a guest who intends to leave Iran for Tunisia forever. The story of the film takes place on the night of the distribution of subsidies and the events that take place due to the impossibility of withdrawing from the card. The film had an unknown fate and failed to obtain a license despite several amendments. The Screening Licensing Council negotiated with the filmmakers and they agreed to modify the film for 8 minutes, and parts of the film were to be modified and narrations to be added to the film in parts with the voices of the actors. The filmmakers made the initial correction, and while it was expected that the film would be licensed this time without any problems, the film organization still refused to issue the screening license. It was said at the time that the Screening Licensing Council had no problem with the revised version, but the Monitoring and Evaluation Authority had decided not to screen “Mother of the Atomic Heart” for now.

Be the first to review “Madare Ghalbe Atomi” Cancel reply 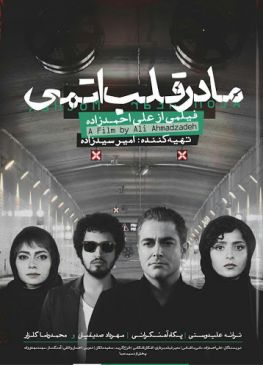