An old woman living in a nursing home returns home to spend the last days of her life at home with her children, each of whom has a corner of her life. The warmth of the mother’s presence at home brings the children together, and on this occasion the film introduces the characters of the story. Children who are different from each other for some reason quarrel with each other, but the advice and death of the mother cause them to get closer کار About the director: Hatami began his artistic career by writing in the theater and plays He wrote “Satin”, “The Story of Silk”, “The Fisherman”, “Hassan Kachel”, “Forty Wigs” and the city of “Sun and Moon” for the theater. Ali Hatami attended playwriting classes at the Dramatic Arts Office (in Ab-e Sardar), and later, when the office was renamed the School of Dramatic Arts, he continued his studies in dramatic literature. In 1344, he performed the play Deb (Demon), which was one of his first writings, in the college hall and with the children of Arezoo Cultural Institute. Hatami’s first cinematic experience was Hassan Kachel (1349). Hatami made this film following the success of Hassan Kachel’s play and its very good reception by the people. In fact, this success led several filmmakers to persuade him to turn the play into a film and try his luck in the field of cinema.

Be the first to review “Madar Iranian Movie” Cancel reply 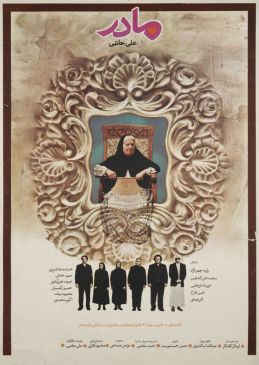