We are all together: The head of an airline (Leila Hatami), which is going bankrupt, suggests that a broken down plane of the company with several passengers be thrown into the Persian Gulf so that they can pay the ransom and compensation after the passengers are killed. He goes to a group of people who are tired of life and looking for death, including the pilot (real money) and the stewards. By signing a form, they agree to board the plane and be killed after the crash. Everything goes well until a passenger named Ali Hajati (Pejman Jamshidi) board the plane without knowing the intentions of the passengers. Meanwhile, at the same time with these incidents, we see the passengers of the plane with the head of the company in an unknown place who are being interrogated by an investigator (Mehran Modiri). 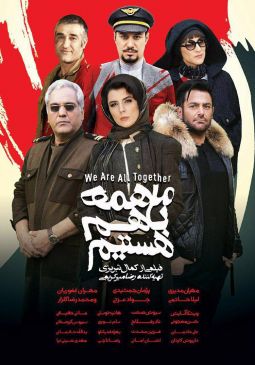