Looney Tunes movie: This movie is the story of two petty thieves (Pejman Jamshidi and Mohsen Kiai) who enter a big adventure by receiving a box. Saber (Pejman Jamshidi) and Morteza (Mohsen Kiai) are two cousins ​​who are involved in theft and by getting a box that Saber (Farid Sajjadi Hosseini)’s father steals from Mahtab (Rana Azadivar), they get into trouble and have to hide. They become. Mahtab and his brother kill Saber’s father and Saber and Morteza come to the city for Saber’s father’s funeral. But after 10 days, they return to Tehran and find out that Mahtab exists and have to take the stolen cargo of Saber’s father, which is worth 30 billion, but when they enter, they realize that it has become a police station and they had only one way to enter the police station. And that was to pretend to be a soldier, and they succeeded and realized that their cargo had been dumped in the detention center.

Be the first to review “Lune Zanbur” Cancel reply 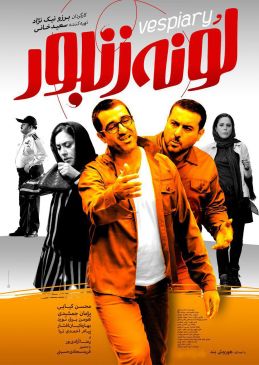