In the summary of the story of the lottery movie, Amir Ali and Noushin, two 21-year-olds, intend to get married. Families do not agree much. They have waited patiently to satisfy their families over time. The two have a common dream; Winning the Lottery and Receiving the American Green Card… Mohammad Hossein Mahdavian is a filmmaker who has gone through his career by selecting and making works that have always been sensitive. Addressing the life of Ahmad Motusalian in “Standing in the Dust” and the story of a group of hypocrites in “The Story of Nimroz” are among the issues that Mohammad Hossein Mahdavian has addressed in recent years and due to his mastery of the documentary narrative form that brings the audience closer to The story is able to attract the favorable opinion of cinema audiences in the field of war and political figures during the war. But the story of “Lottery”, which this time has nothing to do with the war and its people, is very different from other works of this director. This time, Mahdavian went to the documentary form to tell his story and once again used all the features of photography that are always used in his works in “Lottery”.

Be the first to review “Lottery Iranian Movie” Cancel reply 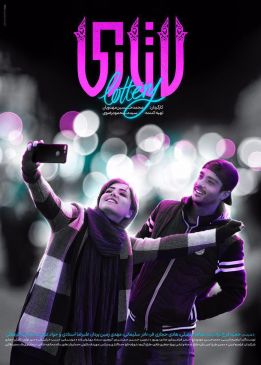