The story of Lily’s beautiful film is about the men of the village, a series of whom have been sent to Neg to defend the village, the city, the villagers and the people, and you will see all this love story in this film انتظار. Lily is a film produced and directed by Hamed Kheiri Motlagh, produced in 2012. The script of this film was written by Amir Shadab based on a design by Hamed Kheiri Motlagh. Other activities of Hamed Kheiri Motlagh include directing the movie Silence. The director of photography for this film is Peyman Abbaszadeh and the editing is done by Behnam Rezazadeh. The face design of this film is Bahman Valipour and the soundtrack is made by Behnam Sabouhi. Narges Mohammadi, Samaneh Pakdel, Majid Vashghani and Hashem Chavoshi are the actors of the movie Lily.

Be the first to review “Leili Iranian Movie” Cancel reply 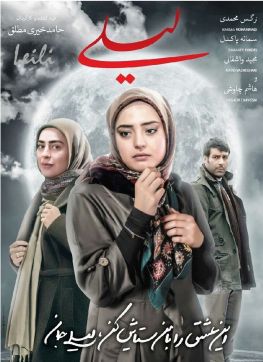