200990minDrama, Ghadimi
+ Playlist
Sign in to add this movie to a playlist.
0

“Crystal” is about the problems of the young generation of society. Sadra, Ali and Dariush are three friends who met each other in prison, and now that they are free from prison, they have to face many problems that are not easy to overcome at all. In an interview, Mohsen Mohseni, the director of this film, explained the reason for the late distribution of this film in the home show as follows: “This film was released in March 2013 and was released due to the Nowruz release of the films. “Due to the release of Eid, we could not screen it in the cities for a two-month break. After two months, the re-screening started and we refused to burn the video because all cinemas could show the film.” Mohseni Nasab continued: “We did not consider the backstage for the home version of this film because the stack of attractive and visible scenes was not prepared for the viewer.” He added:

Be the first to review “Kristal Iranian Movie” Cancel reply 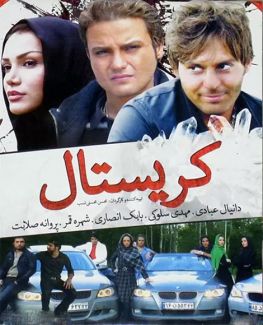