Men’s Alley movie: “Hassan” and “Ali” are in lasting friendship. Qasim, the evil man of the neighborhood, tries to create discord between the two in order to achieve his desires. “Aqdas” enters the neighborhood and Hassan and Ali fall in love with him is a love story. But Ali steps on his love to help his friend Hassan. Hassan is unintentionally and unknowingly accused of murder and unknowingly becomes the victim of the victim’s brother’s revenge, while his old lover is also deceived and traps him. After clarifying the truth of the murder, Ali realizes the danger that threatens his friend, but he arrives late and only watches his friend die. A friend who is badly injured and in the last minutes of his life asks him to sing his favorite song. Hassan hugs the best friend he has ever seen. The script of Men’s Alley was written by Ferdon Goleh. 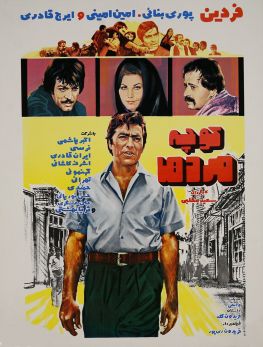